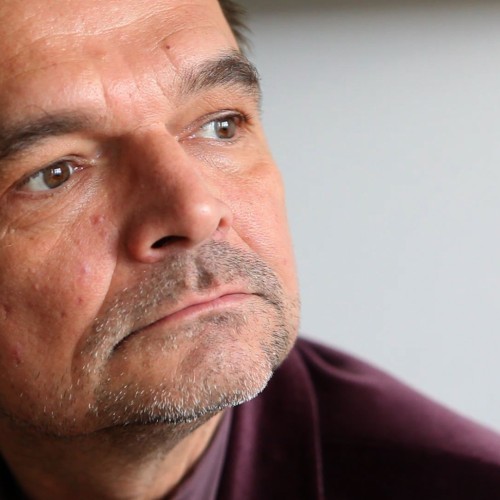 Diedrich Diederichsen (born August 15, 1957) is a German author, music journalist and cultural critic. He is one of Germany′s most renowned intellectual writers at the crossroads of the arts, politics, and pop culture.

Diedrich Diederichsen was born and grew up in Hamburg where he worked as a music journalist and editor of the German Sounds magazine in the heyday of punk and new wave from 1979 to 1983. Until the 1990s he was then the editor-in-chief of the influential subculture magazine Spex in Cologne.

Diedrich Diederichsen is a prolific writer whose articles and texts are printed in a variety of periodicals and publications. Newspapers and magazines with contributions by Diedrich Diederichsen include Texte zur Kunst, Die Zeit, die tageszeitung, Der Tagesspiegel, Süddeutsche Zeitung, Theater heute, Artscribe, Artforum, and Frieze.

With his thinking and his attitude Diedrich Diederichsen reflects a multitude of influences. His writing shows traces of Post-structuralism, Marxism, Cultural studies, New Journalism, Beat literature, Psychoanalysis, and Situationism. A main topic of his writing is the tension between subjectivity, identity politics, and culture industry in Post-Fordist society. In his writings he frequently refers to personal experiences and the links between zeitgeist, biography, and history.